No permission to download
Overview Updates (1) History Discussion
Years ago I created a custom Champ Spawn based on Death Knights from Dungeon's and Dragons. I decided to make the necessary edits to get it to work with ServUO and re-release it. Installation is simple, merge the files in Distro-Edits folder with your files, or if you are running stock files simply replace yours with those provided, then place the remaining files where ever you keep custom files at.

This Champion provides a unique challenge, he has the ability to insta-kill individuals once his health drops below a certain point. This ability is on a timer so once used a certain amount of time must pass before it can trigger again, giving players time to complete the spawn and adding challenge for small groups and individuals. During the fight the Champion will taunt players, and even call them out by name.

During the latter stages of the spawn you will face mounted Undead Knights, if they are dismounted not only do you have the Knight, but their steeds are Nightmares which will then join the fight. If the Skeletal Knights are not dismounted the mount vanishes when they die, leaving your players an option of choosing how to tackle the spawn, and a surprise for the curious. The included "names.xml" file includes a new section that has a list of names the Undead Knights will spawn with.

Players who complete the spawn will be rewarded with the standard Champ Spawn fare, as well as the boss's custom named equipment will drop. It is equip-able but intended to be decorative, I am considering converting the armor into a new item set to be released separately. Player will also get the monster title of "Slayer of the Horror of Krynn", as well as a Black Skull that proposes an interesting question.

Mob progress is as follows by Stage: 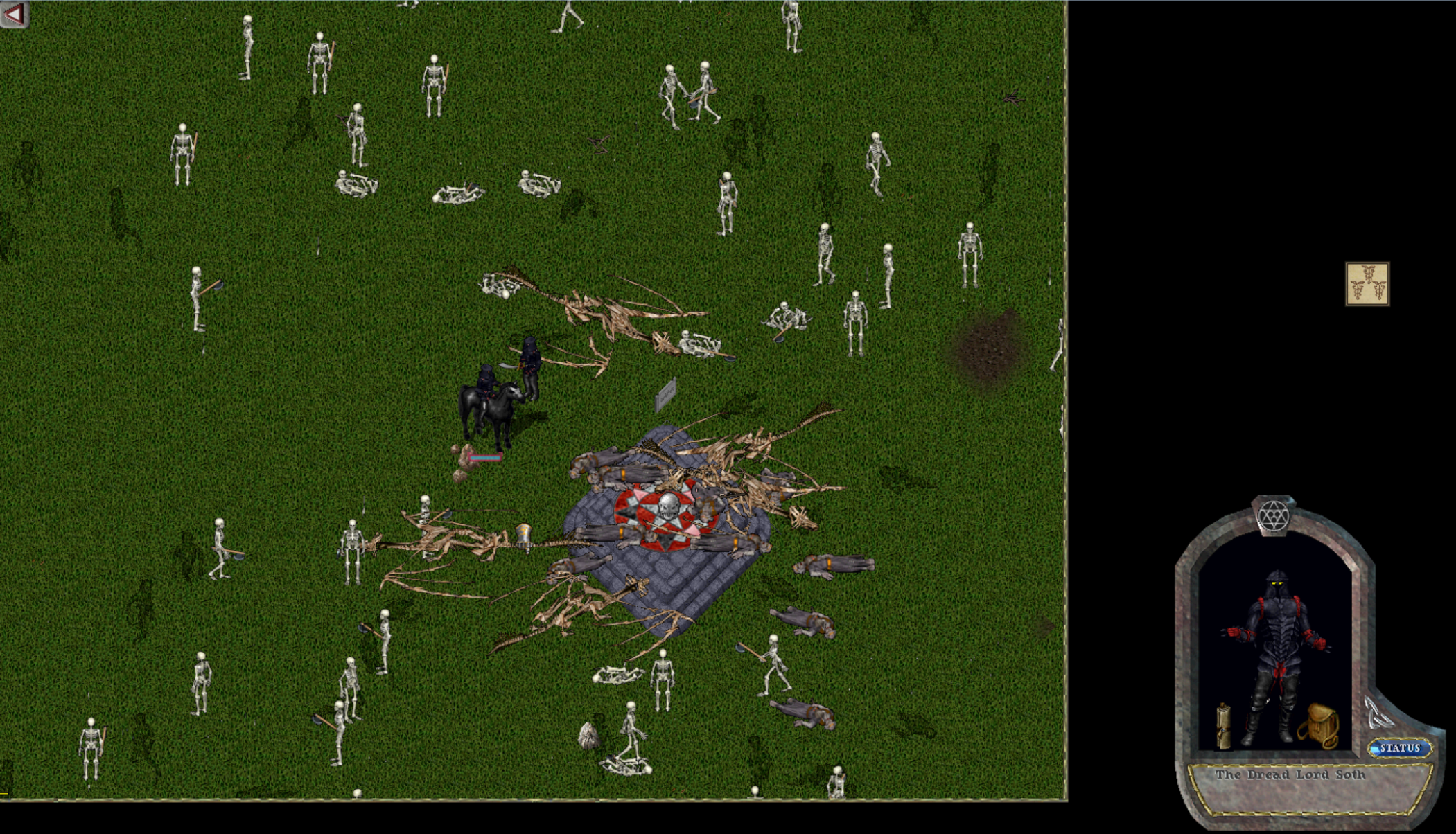