No permission to download
Overview Updates (12) Reviews (17) History Discussion
A few players of Ultima Odyssey by Djeryv have started modifying the world, adding new systems and making major modifications to the map. In order not to take over that resource, we've opted to fork the original odyssey and create Ultima Adventures. Ultima Adventures has everything included in the original Ultima Odyssey, plus more - much much more. Map changes, new content - system changes that seek to enhance the RP element of odyssey, but also make it more suited for multiplayer play with higher level content.

**Playing this great game is better when you do it with others - anyone who is interested in playing Ultima Adventures can join our 24/7 server. Yes, you can join the server, but its highly recommended you also join the discord for chat. **

How to install:
Extract to c:\ (no, other directories won't work)
run one of the launchers in the directory (option 1, 2, etc)
to play on server, select ultima adventures profile and create a new account.

NOTE: DO NOT OVER-WRITE ODYSSEY OR ANY OTHER VERSION OF THE GAME. DO NOT USE ANOTHER CLIENT! (many people coming on the discord and having problems because they are using the wrong map files).

Check out the Ultima Adventures community on Discord - hang out with 53 other members and enjoy free voice and text chat. 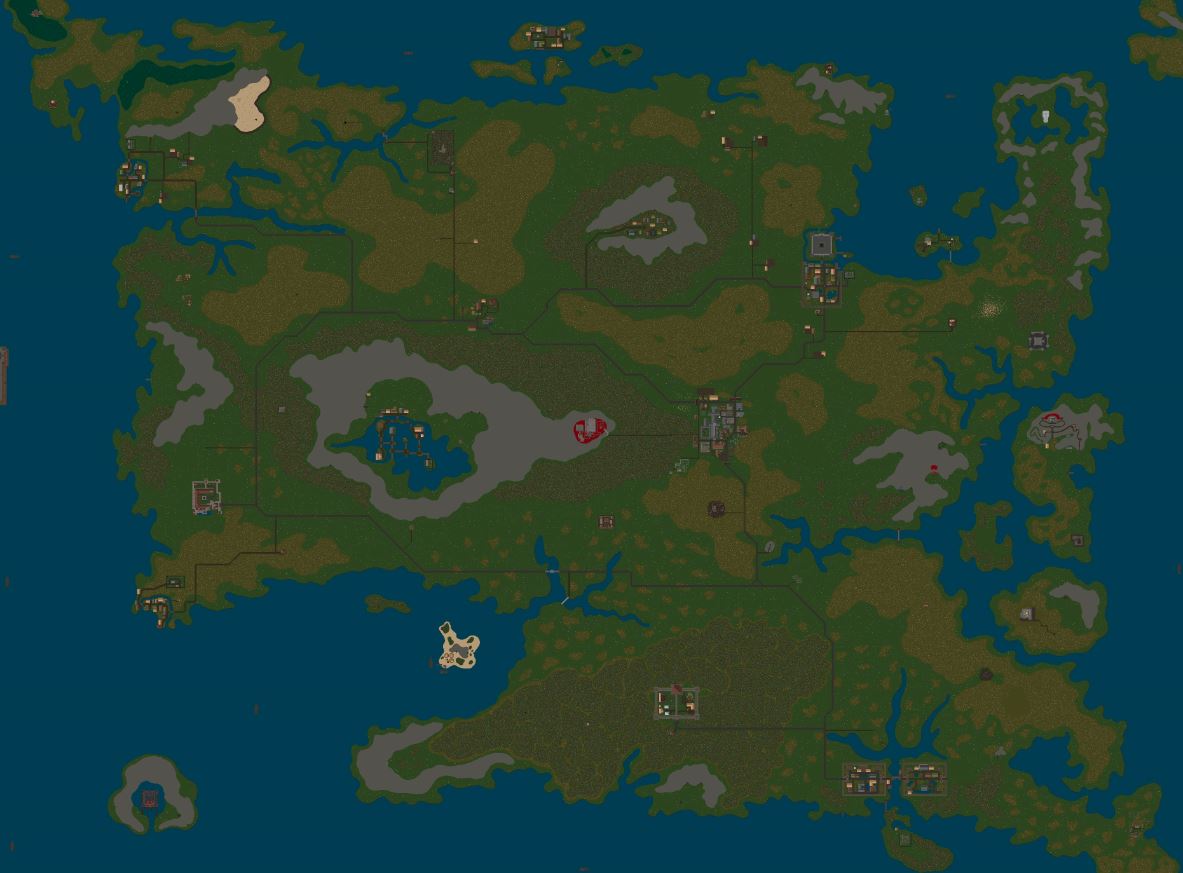 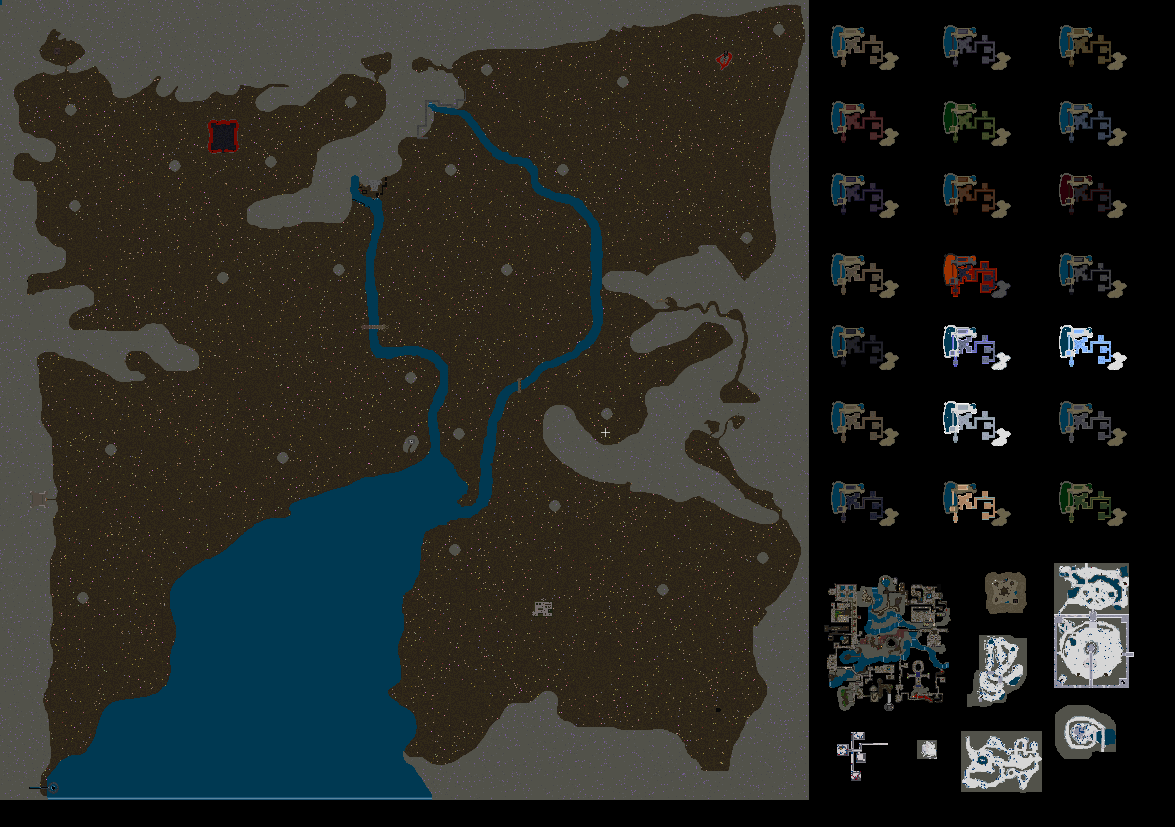 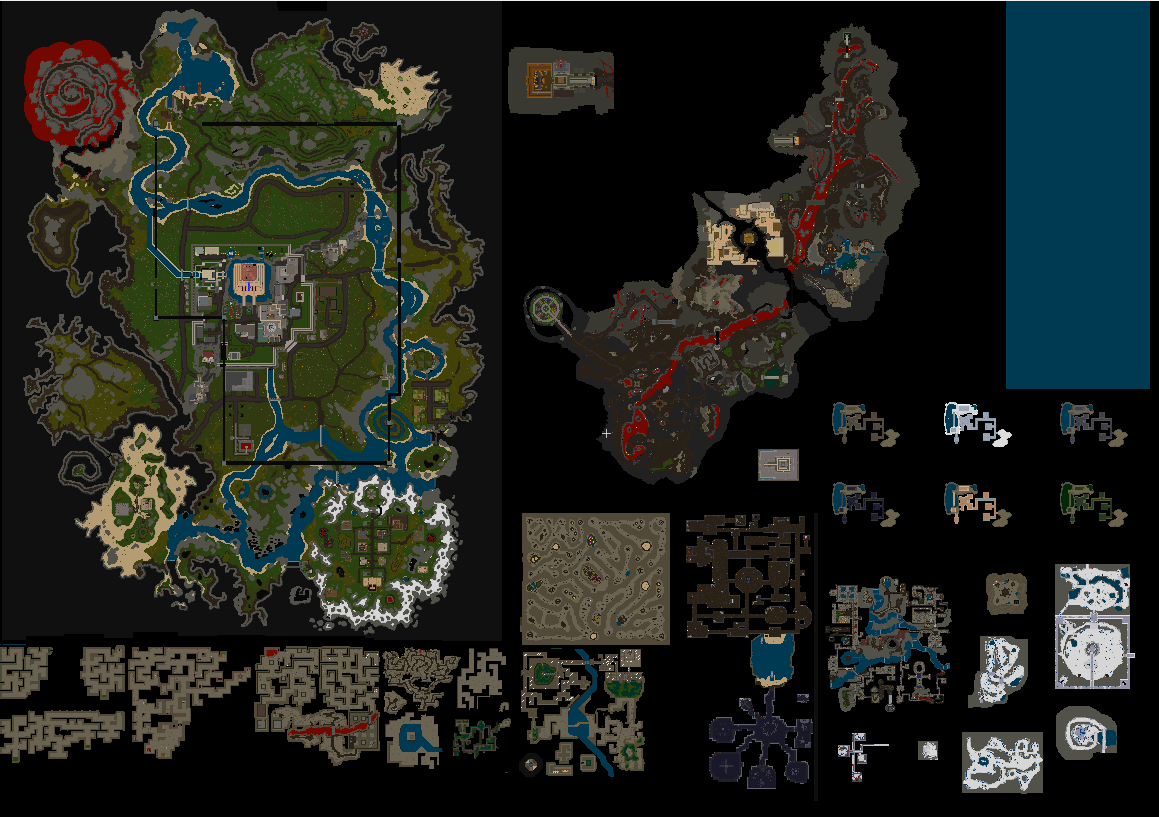 Other Changes to the original Odyssey:
- three ways to play, restricted (easy mode), unrestricted (influence the world but with real death penalty), and soulbound (hard roguelike/ironman with permadeath but legacy elements)
- simulated pvp : encounter red pks with advanced AI and fight of flee, or join them
- a brand new land populated to cater to evil players, where npcs and shopkeeps are red and all the surrounding mobs are positive karma creatures - twisting the traditional good/evil model seen in most games.
- a new playdirector system with fully interactive plays being added for quests
- Revised map, with roads, new cities, new castles, places to build, homes to buy, champ spawns, too much to list
- Higher-end content and mobs, including new higher-end dungeons with new mechanics
- Dynamic good versus evil algorythm that encourages players to choose between good/evil playstyles
- New systems like dynamic karma/fame calculations for created mobs
- An animal borker that buys ANY tamable in the world, with some special rewards added.
- Animal levelling and animal breeding! Train your favorite pet type through multiple generations to increase its abilities to the max.
- Killable town guards! No insta-teleport kills. these blues heal using potions and bandages and act like a high end mob.. you're a thief? a necro? you can sneak around the guards or just brute force your way into a city now.
- more customisable options in the myserversettings (total skillcap, total statcap, item decay)
- customized skillgain system - reduce the amount of time you spend in a skill's low end zone (0-70) while making later gains much harder (80+)
- taming now has passive gains. Gain taming WHILE you tame, not just at success/failure
- fully customizable conversation townspersons (currently need more populating)
- full conversational vendors and npcs. as them who they are and where you are and what certain service are
- Did i mention champion spawns?
- Custom Blue and Red Mobiles that act just like other players (will heal and res you) and walk like regular players.
- No item decay, no housing limit (this is meant to be a solo server - or server played with close friends so why limit?)
- Savings system offering interest for funds in the bank (to allow for riskier investments later..)
- The Ether is now prey to a curse affecting travelling spells.. small chance of players being negatively affected when using gate/recall/sacred journey, especially between worlds.
- new animal sanctuary added where you can collect tamables from all over the lands
- full standalone lottery - visit lady luck in the tavern or type [lottery ingame
- Customized hitching posts that don't make your tames disappear! Park your mount at a post and he stays there even after server restart
- full customized PvM gauntlet system! With top scores and multiple monster waves.
- New AI, new mobs.... try it and see.

and all this on top of the content already available in the original Ultima odyssey.

note, you need to use the Saves folder included here in order to take advantage of all the changes.
I recommend you join up on the server to make sure you don't lose any progress and can benefit from all the new content.
Reactions: lagfix, Gadget2013, Erad and 8 others

Thank you for this valuable resource. so very good
Upvote 0
The most fun I had playing UO in years, It brings back a wonderful sense of discovery that was long lost, as the deep lore and books will help you during you journey to discover new lands which are worlds appart and all are rewarding and fun to travel. You will also be well rewarded for explorering and reading the numerous lore of this shard.

With constant updates and increasing content to discover, there is quite a lot to do, although you may feel a bit loss at the start, every question you have is answered by ingame lore or its helpful playerbase.

If you are looking for a change of pace, a world filled with things to do and different adventure with tons of challenges. You will feel right at home.

Beware of the choices you make at the start of your journey as it may inder your progress (loss of stats/skills pon death) and makes the game harder but more much rewarding, or take the easier approach but unable to affect the evil VS good side of the world which affect economy, shops, and much more.
Upvote 0
Found this originally while trying to set up something to run as a solo uo experience, i.e was looking for scripts to add to make it more fun, and it is EXACTLY what i was looking for, plays like ultima and has fake npc players in town talking and trading etc + fake pk's etc to make it feel alive out there

played at home for about 2 weeks with a buddy until we moved to the online server and its been amazing, great friendly environment and community with grief free fun for all the family :)

it cant be stated how man random extra and secret features there are, from extra spell systems, to special loot and new crafting and secret plots by npc's to mess with you and each other

give it a go and if you like super duper mega fun come join us online :)
Upvote 0
My rating is slanted for obvious reasons, but I want to point out that a group of people took a well established game and made it their own. They added things they feel are fun and they try to add content to a pre-existing game map that left little room for new builds when I got done with it. They replaced my Underworld with their own...which to digress...I was going for an Ultima Pagan theme down there and that is why you have all of the giant mushrooms in Odyssey. The contrast between the original game and Adventures is the same as the generational gap of players and that moment in time they discovered MMORPGs. One extreme is MUD players and the other is a giant buffet of elements modern gamers expect. Keep that in mind if you explore these games and really reflect on what you consider your taste in gaming to be like. Many people don't like Odyssey because it was too plain and too much like an old school game. It is because of this Adventures initiative that those players have this other choice.

Finaltwist
Appreciate the though djeryv, and you're always welcome to join as a dev or player to test things out :)
I also played MUDs btw so there might be less generational gap than you might think! we just added more "ultima online" to the game, which some might say doesn't keep true to the original ultima games.
Upvote 1
i give this server 3 stars...its has reverted alot of what odyssey was and made alot of changes that make absolutely no sense-ie int for control slots (god forbid ur a fighter tamer or archer tamer) diminishing return of stats u worked hard for to stacks just to lose 70% of it.....there are some kool features and thats only reason they got 3 stars....even though it takes away from the original odyssey imo....ppl living in lava-------towns right next to towns...roads just funky n straight lines with tight angels. pvp is ruled out ( : ) ). the crafters can be lazy n get powerful equipment via custom resources and gm guild hammers...ontop they wiped crafters arse n gave them deeds as bod rewards...which players cannot find via loot drops. there have been new additions to creatures n boss's without even making the ones existing even challenging......u will get random npc red encounters respawn ontop of u in noobie areas...and the red is gm skilled so as noob u dont rlly stand a chance...yet ur in a mine or noobie dungeon in town lol. and it waxs ur pack mule which cant be tamed only bought and isnt cheap right off.IMO this server needs ALOT of rebalance b4 it adds nething else...it might have been a good server at once...but with too many addons n not enough focus on improving whats alrdy there it has grown unbalanced. if u r a blue player and like strictly rpg element n dont care about min/maxing ur char then the server is good for you...but if u want 100% of ur gear stats and want to PK/PVE at ur optimal performance without being penalized for being active more then others or being a better players then others(diniminished returns of 70% loss is a joke.then the server isnt for you.... they say u get 60hp out of 100...but i even gm coded 200 hp item n only got 61 hp...its totally BS how they hold u back....the more u stack the more ur penalized for playing...if that aint wacked idk...but thats my opinion play it urself n try it!
Upvote 1
<3
Upvote 0
As much as i applaud Ultima Odyssey and what it aimed for, Ultima Adventure actually hit the mark. Its the perfect feel for the UO classic nostalgic players. Tons of stuff to do, a world that feels very alive and polished. Finaltwist and admins run an awesome server, come join us.
Upvote 0
Downloaded this not knowing what i was into ((Other than the epic features i read)) This seems perfect for me and my friends we just co-op and have fun this is awesome i'm running a server and loving it a lot already well done guys I know about ultima odyssey but this has much more features and user-friendly

Finaltwist
:)
Upvote 0
Absolutely, hands down, the best MMORPG experience I've had in over a decade. I love this server. I love this community. I have never had so much fun playing an MMORPG since the original UO release.

Finally something has re-captured the excitement of exploring unknown, dangerous areas. Finally a game has lit my spark for adventure.