Installation Just copy the Vampire Quest folder into your Custom script folder. There are only 3 spawners, and no decoration or external scripts needed. I recommend using the xml file to get all the spawner settings. In this quest I let the xml spawner do a lot of the heavy lifting. It is a very powerful system

The quest starts in Umbra when you talk to Semyon, in the Lich's Hoard shop. He tells you of a vampire infestation, and seems to have 'perhaps' been involved somehow. You need to bring back the fangs from the Vampire Lord to end the vampire infestation. Semyon gives you a silver dagger that will carve out the fangs, when the dagger is used on the vampire lord's corpse. But first you have to assemble the Vampire Staff. He sends you out the East entrance of Umbra into the forest, to find the vampires. Kill vampires to collect the 3 pieces needed to assemble the staff. Once you get the 3 pieces (gem, handle, head), you double click the gem to assemble the vampire staff. The staff will summon the vampire lord. When you kill the vampire lord you use the dagger on his corpse to retrieve his fangs. Take the fangs back to Semyon for your reward.

The reward is some gold, a cloak, and the vampire staff you already assembled. The staff is an undead slayer, and can also be used for a chance to summon another vampire lord. There are a limited number of uses on the staff (25-35 uses).

The "vampires" in this quest are just renamed Lich and Lich Lord.

The Vampire Lord is spawn on carry (vampire staff) and nospawn on carry (bloody fangs). The vampire lord's spawner has a refract setting to allow you time to get his fangs, without respawning (the spawn on carry seems to override the normal spawn delay).

Both spawners have a proximity setting of 10, a spawn sound, and message - so the player should have no trouble finding them as they wander the forest. Also, both vampire spawners have a 15 minute duration, so any that are left alive will despawn (are the undead really alive?).

I released the Vampire Staff a few years ago, as the Lich Staff (without the summoning ability). But as I wrote the quest Semyon seemed to be hiding his involvement in summoning the vampire lord. So... I wanted to know if the staff could summon him. It can. I added an 'OnDoubleClick' that gives a 33% chance of summoning a vampire lord to your location (Ok, yeah a 1 in 3 chance is more like 33 1/3% percent but let's not quibble). I did not want the summoning to be spammed, and thought about a timer between uses. I have never been good at timers so I added limited uses to the staff. You can use it as a regular weapon and it will last as long as you keep it repaired. Each summon attempt takes one use, and the staff will delete when it gets to zero uses. 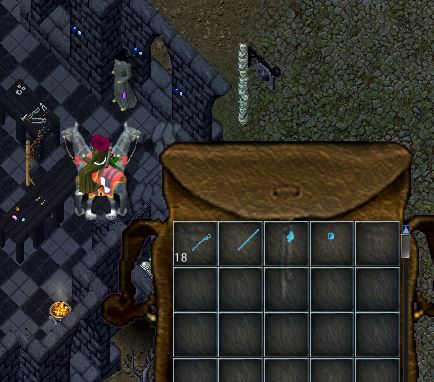 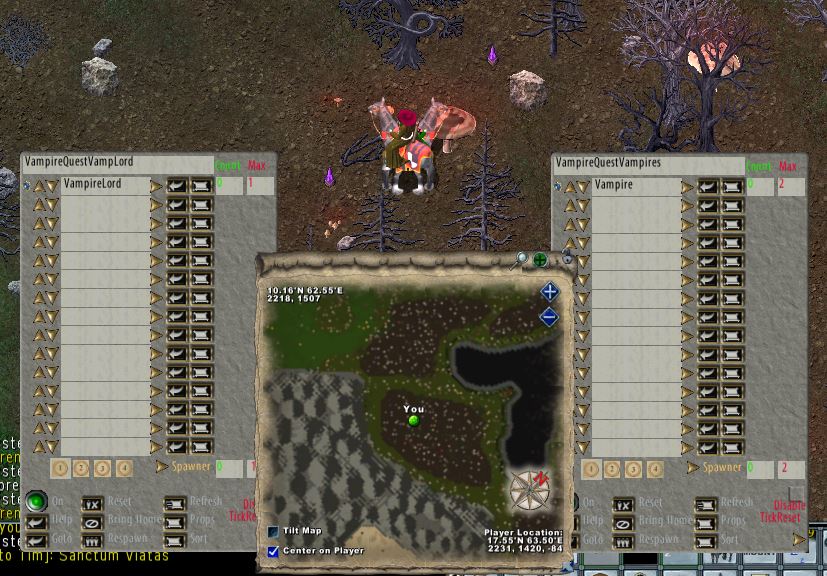 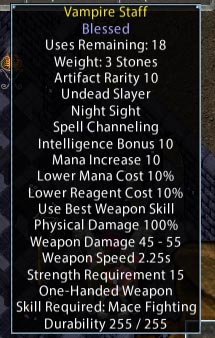